In 2011,  a beautiful Czech girl A by B UNIQUE Reshzone (called Bora) came to us, bred by Svatka Vitulova. 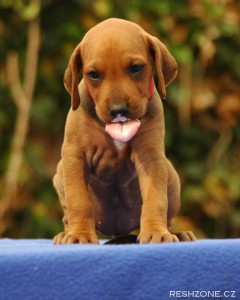 She is a real princess , very lively who has won our  hearts with charm and beauty . She is doing very well on the shows, getting more and more excellent notes , but, first of all, she is simply a very happy, outgoing  and friendly girl!